For the EURO2016 I developed a match schedule for the pants pocket. It contains all 51 matches on one DIN A4 page. The main idea was to fold (German: klappen) after every round. So you "fold yourself in the final". This was possible because for the first time the EURO was played with 24 teams which added a round of 16 to the finals.

With this new round of 16 one DIN A4 page has to be folded four times and you get all the rounds on one part of the page. We decided to give it away for free and sent it to some of the well-known design blogs. The Klappmeister got featured in several Blogs like Design made in Germany, Designtagebuch, Pinterest and others. We also built a website and did a quick shooting..
From concept and design to the final website took us three days in total. 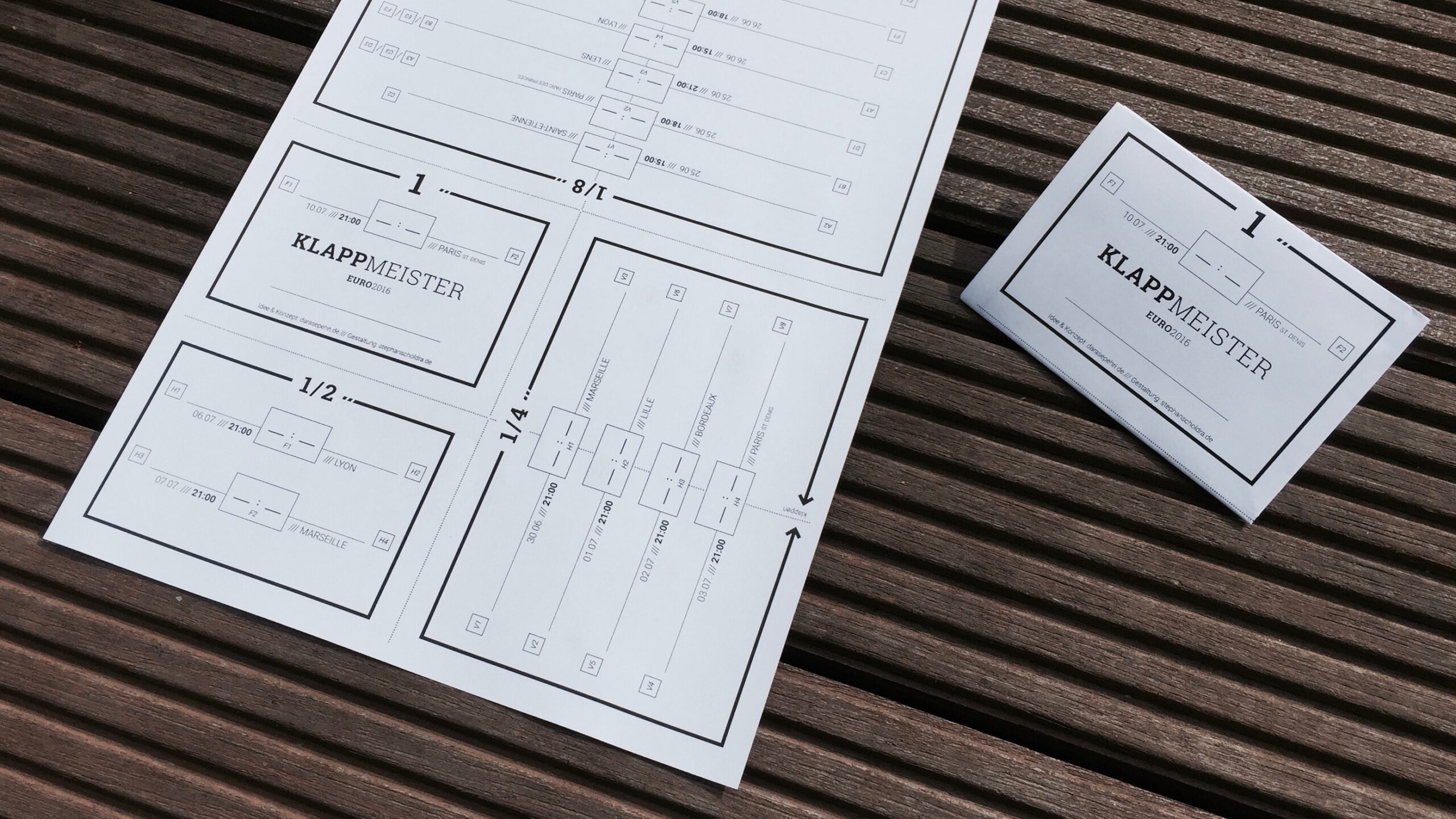 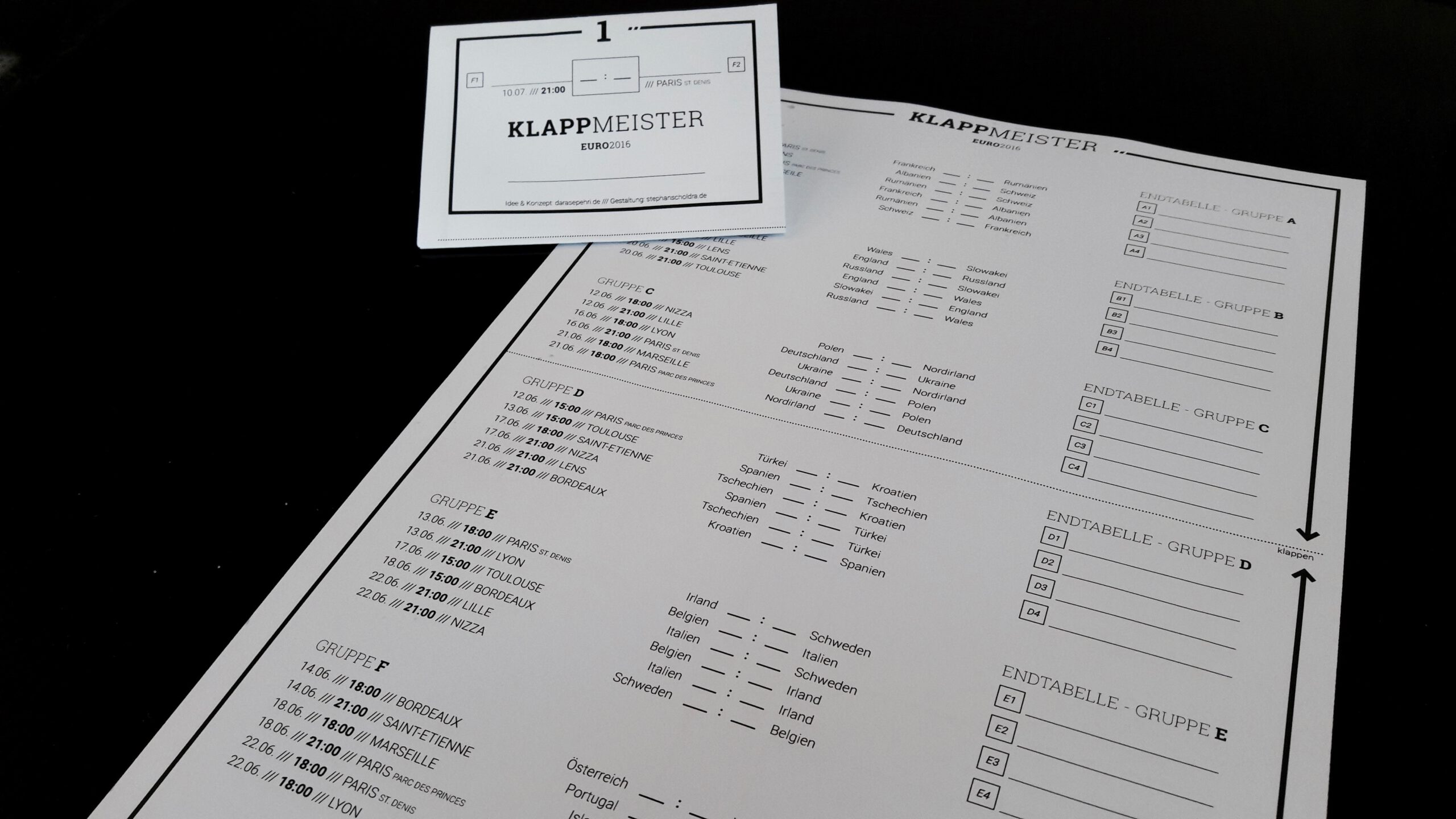 For more details check out klappmeister.de﻿