For the Deutsche Telekom brand presence at CeBIT 2015, we created a robot ballet of six KUKA robots and a kinetic cieling of more than 1200 umbrellas. With the claim 'Wirtschaftswunder 4.0" we transformed the whole stand of over 5000 sqm into a moving industry 4.0 scenery.

It was the first ever uncaged Kuka robot installation and took month to get the go from TÜV and the Hannover Messe. Every step further to the permission to do the uncaged robot installation had an impact on the concept. In the details I think of an everchanging process for the choreographies and the motion graphics thorught the six month of concept and preparation phase.

'Wiggle', a over 3m tall robot, was the side kick on stage, and like his five smaller friends he was carrying an umbrella. The five robots were positioned in a row, with a total radius of over 4m it was very important to take care of all the security systems, like scanners and dead man's switches.

The main issue creative wise was to snyc all the instruments for the certain moments of the 3 min show. Because of all the elements like screens, umbrellas and robots were playing async in between two shows, we had to come up with a both aesthetic and technological system to sync every element before starting a show. The choreographies were programmed months and cloud-controlled during the trade fair.

The Art Work and the song were inspired by the famous Kraftwerk song Roboter and translated into a Telekom digital screen design, that inspired the exhibit's screen designs on the stand. 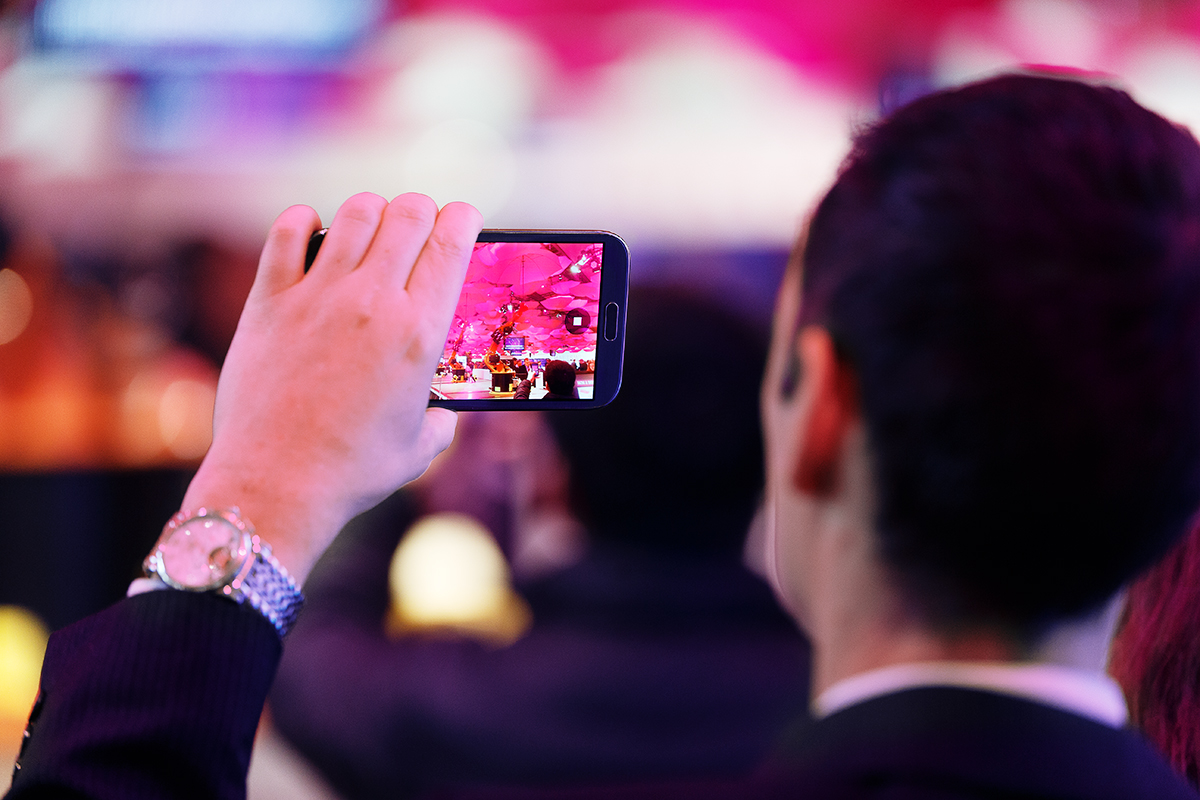 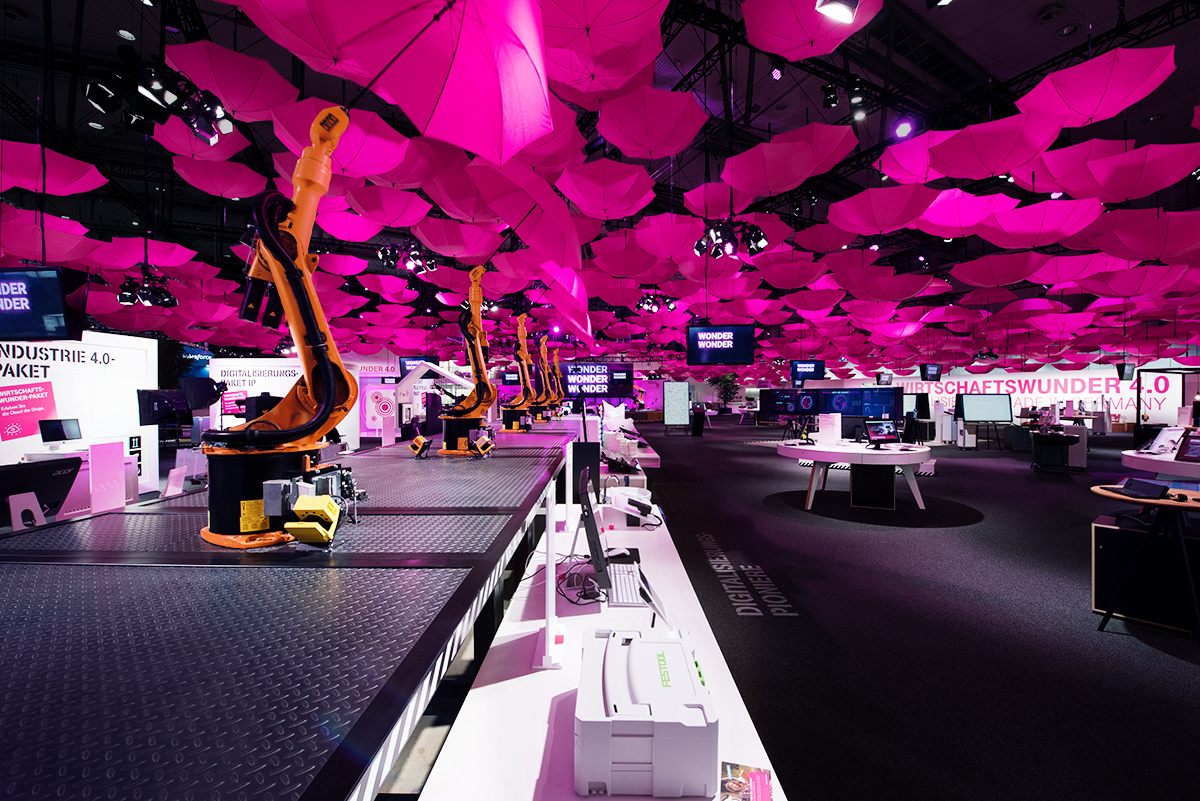 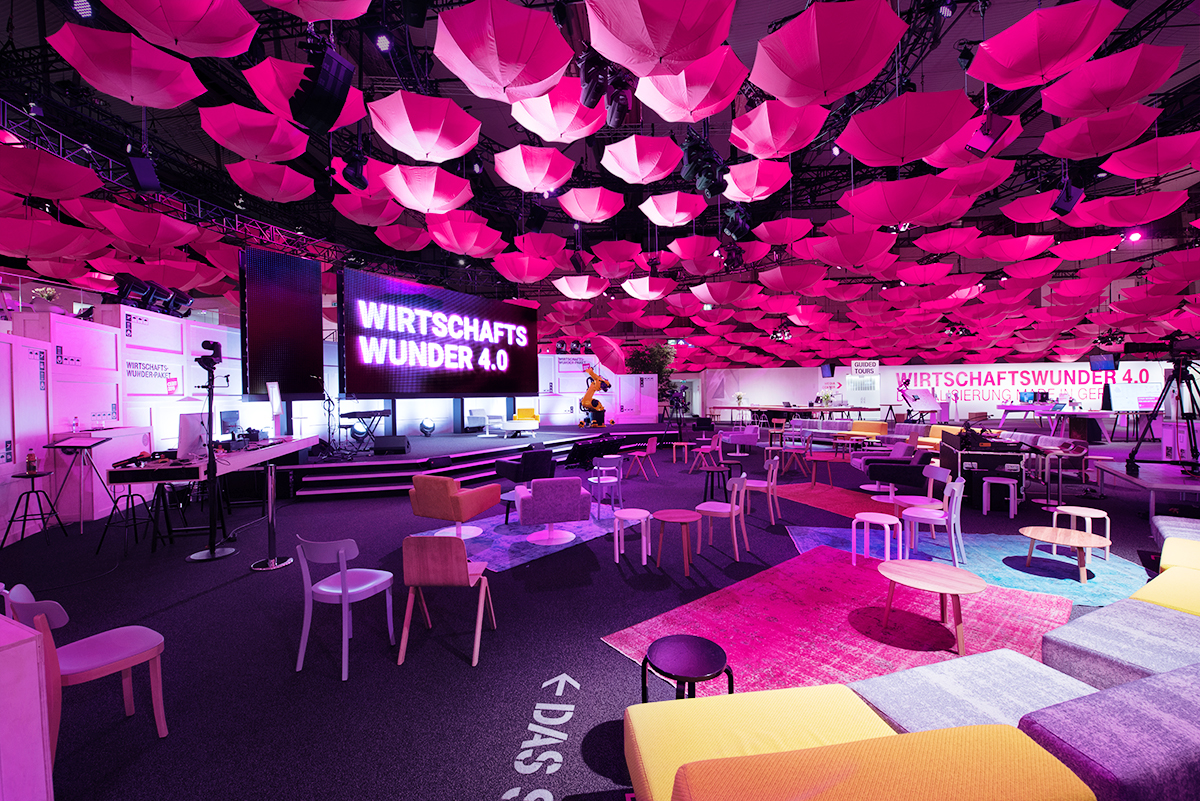